This CW is going to be a lot more complex than adam’s situation due to all the ups and downs I had with Introvert.

Note to introvert: Unlike you, I didn’t remove your account so I can’t respond.

Debunk Section 1 - Information Logging
There was nothing in the first part from introvert himself. All what he did was copy-paste something adam sent. In additon, he openly said a lie claiming it was shared in a public channel. The screenshot sent there was part of staff-chat. You can view more info on the topic linked below.

As you may have known, there’s been a multitude of rumors on another forum known as v3rmillion against me. I’m making this topic today to debunk all of those that were being spread. Section 1: Adam Adam was an OG member inside of the Bark discord server, and that was the only reason why I let him stay there. Let’s start with a backstory on the situation. March 2021 in Alpha X, Introvert just decided to remove autobuild from the script and the entire server was pure cancer with people complain…

LumbSmasher’s system was much more restrictive than Alpha X’s and every action was logged to detect alts and blacklist evasions. LumbSmasher also has a completely different captcha verification system compared to ALL my other servers, and is un-related to Alpha X. If you ever noticed, LumbSmasher’s system was made in 2019 and Apple Bot’s current system was made just a few months ago.
I’ve never replaced the system in LumbSmasher with the new one because we still use it daily to detect alts and Apple Bot doesn’t log useful information.

Furthermore, he accused the in-game-chat of logging IPs but if anyone could read that screenshot, you’d notice that it’s all the request headers. Reason for doing this? It’s simple, users are spamming the n word in our chat system and I used their executor identification to get their key and blacklist them.

Reason for logging IPs? Detecting people trying to evade the system. Just blacklisting a executor identification is not enough. Most people own mutiple executors, or can just spoof a hwid and get away with a blacklist. However, people do sometimes forget to turn on their VPN and the system will automatically blacklist them again if the IP matches.

tldr all what introvert did was search IP in staff-chat and post pictures thinking he could “expose” people.

PROOF for ^^: A screenshot from introvert’s own thread

The first picture was me finding that user’s IP and the second screenshot shows proof he was searching for IPs in the chat, and the more important one, I was trying to find that user’s alts by his IP.

This has been in place since October 2019 when we came up with the new system.
This fact that we log info was always publicly disclosed (was on the now deleted v3rm thread, and still on the robloxscripts.com post)

In that screenshot, Introvert chained an incident in Alpha X and found proof in LumbSmasher just because I own it???
This is just taking snippets of un-related evidence and putting it together to make something that appears to be real when it isn’t.

At the same time, introvert also leaked a user’s roblox account publicly in an exploiting thread and the user got banned from bloxburg as a result from this.

TLDR on section 1: Introvert leaked people’s info in staff-chat and tried to push a pretty invalid claim on me with it. LumbSmasher and Apple Bot are completely seperate bots, and he just took whatever message that had an IP in it as “evidence” even when it goes against his main point on the CW.

Section 2 debunk: skidding
First off, Alpha X was never introvert’s own script, and he didn’t have the ability to just call everything his own and disallow others to use them. There’s code in that script from me, @Alpha_1004 and @Introvert inside of it. He’s accusing me of skidding because I took the namecall hook from that script. In addition, he modified the code (taking out strings and indents) to make it look more like copy-pasted. Here’s the original one from LumbSmasher

Further more, he’s always accused BETSmasher of stealing his method when it never did. I also did not make BETSmasher to trash his sales. He has not pulled out any evidence of that and just added it.
Need more proof? Private BET calls Destroy on the namegui in your localplayer in order to force a character respawn (you can use my crack which is on this forum, and then do a namecall hook on destroy with checkcaller after it authenticates). However, I found a different way to achieve the teleport bypass. You can also namecall Introvert’s cracked BETSmasher and see for yourself how it’s done.

Section 3: Blacklist from Synapse X???
I have absolutely no idea why the heck that’s even on the cw. No idea what that has anything to do with his CW. Nevertheless even if it meant something, Introvert again is blatantly spreading lies on it. I did not report a member for using betterdiscord. The original reason was because the user was threatening to take my life, telling me that life is pointless and I should commit suicide. In addition, after being told that reporting is not allowed. I immediately stopped typing it out, but their staff member TableFlipGod just went on bragging about how he’s going to get me blacklisted, which he did.

Section 4
I have absolutely no idea what his goal was with that, but tell me which law said that my free scripts had to be completely free? I requested server boosts because the vanity was going to be gone if everyone unboosted. IN ADDITION Introvert also pretty much uses alpha x as a platform for him to advertise his own paid scripts. He essentially removed a feature (autobuild) from the script in order to boost his own sales, and now complains that I request people to boost my server?

Section 5
In conclusion, Introvert just tried to call me a malicous user of the community and leaks internal staff-chats trying to act like they are public. The logging was always mentioned and was not “unknowingly”.
ApplebeeHost along with the v3rm thread that got deleted for “Advertising”

CW Section 1 - Nuking LumbSmasher
After adam’s cw,(which I debunked) Introvert turned on me and did a massive staff-raid. The ban deleted his messages, but nevertheless our message logs still exist. He spammed this around 30 times before we banned him. He also invited an alt to spam it with him. 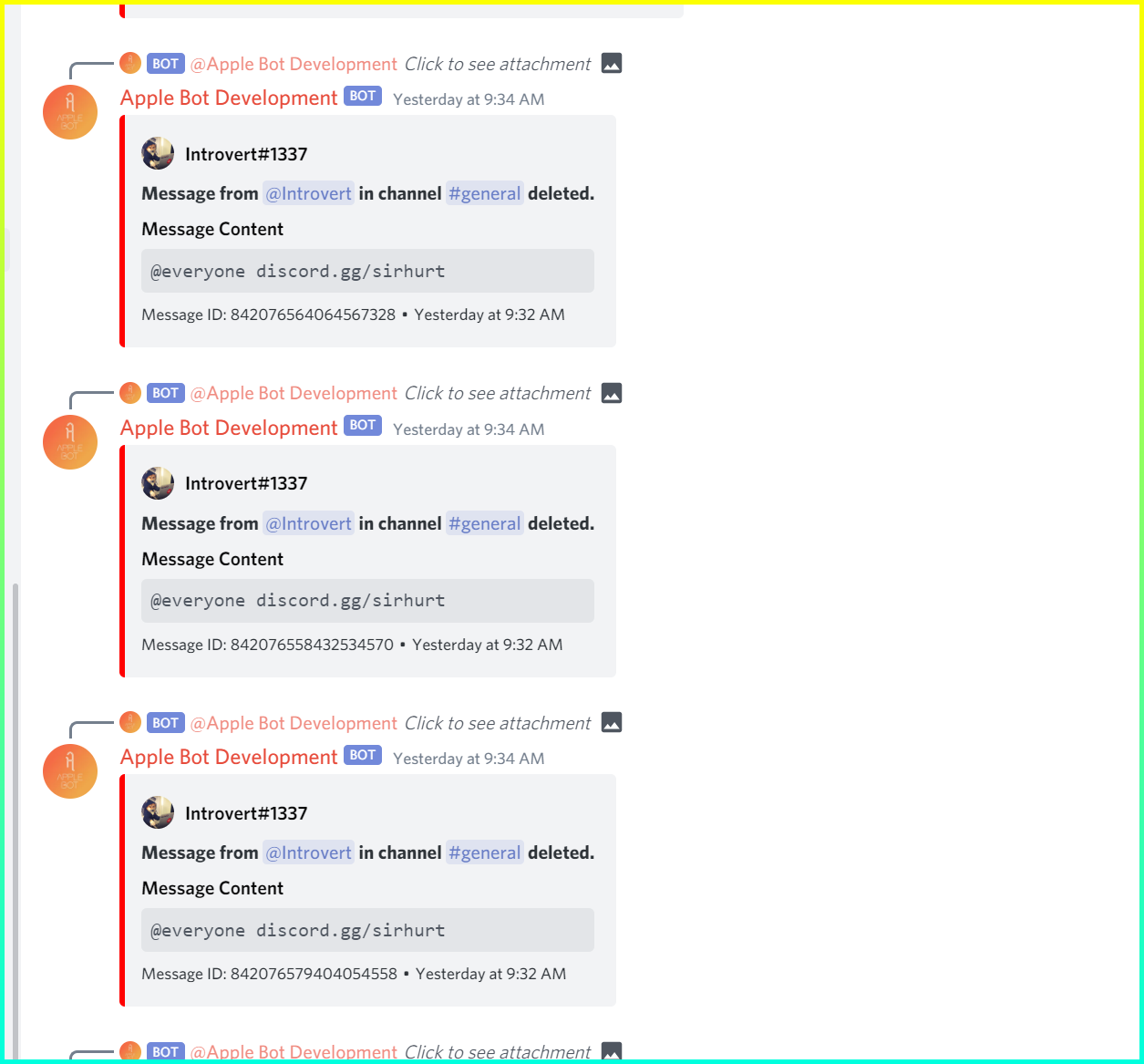 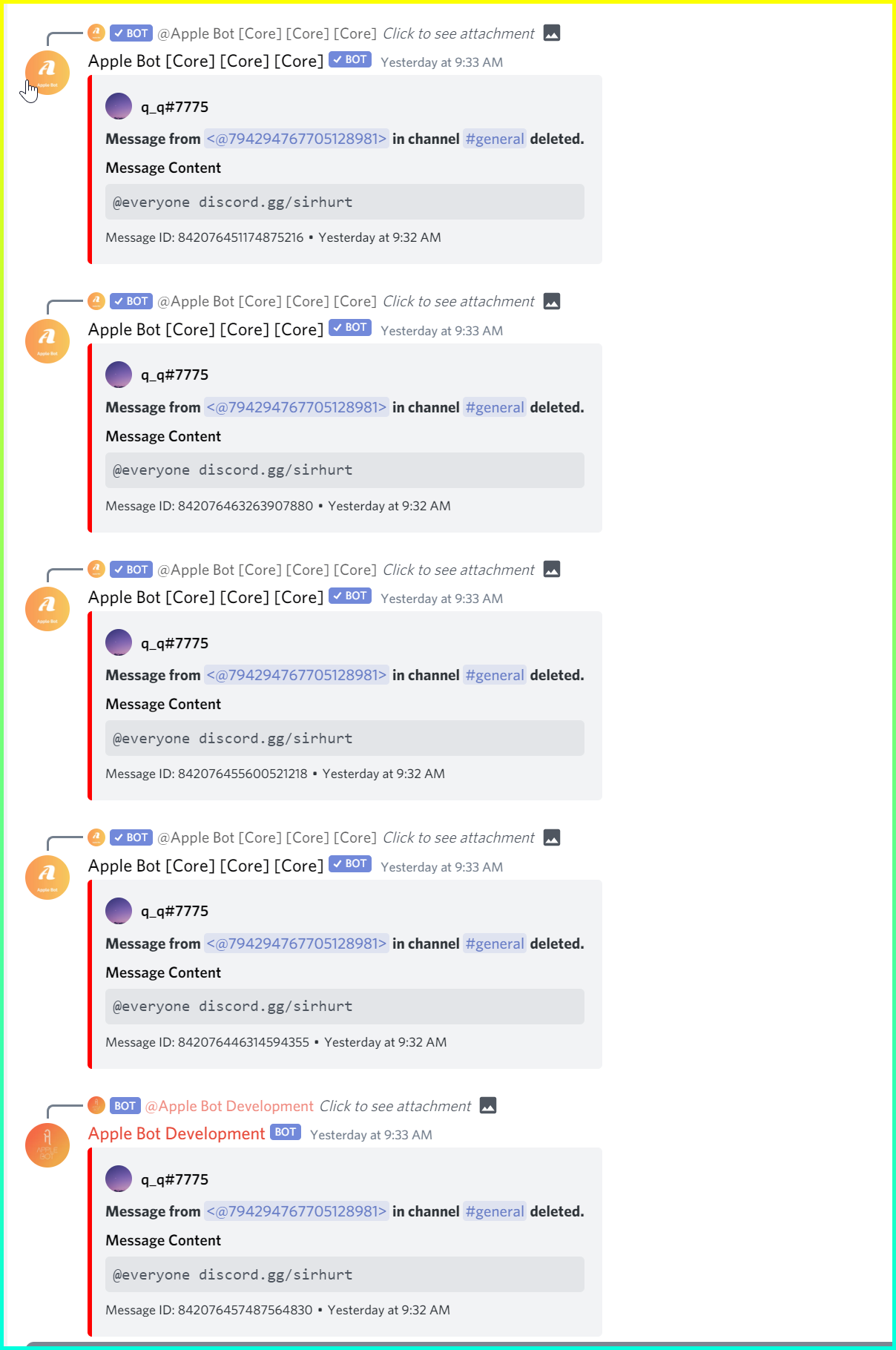 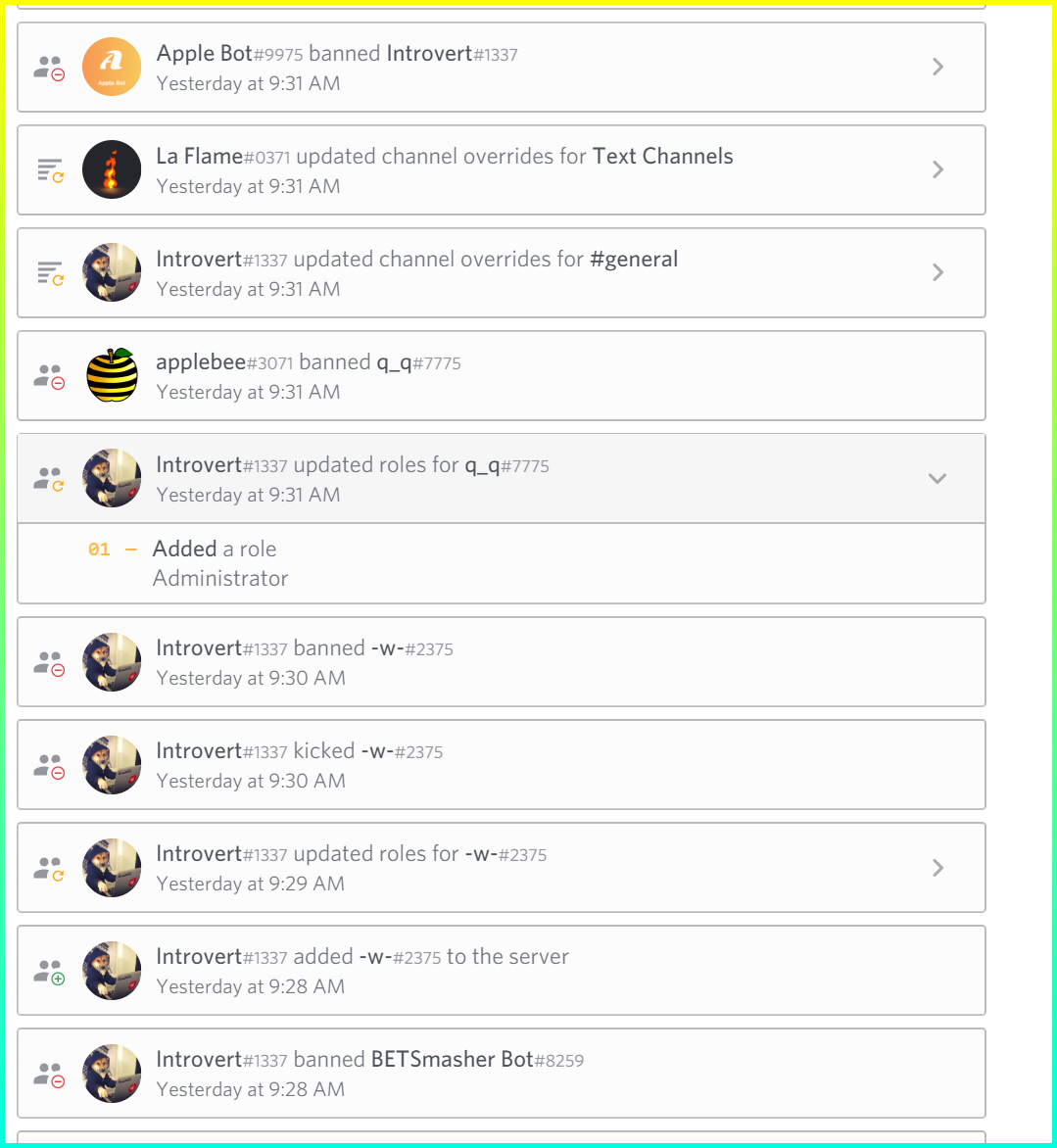 CW Section 2 - Selling Scripts that will get you banned
His private farm known as Private Bloxburg Epic Thing has been pretty much detected and will cause bans. The script is sold for $50. However, he never ever disclosed the fact that it gives a huge ban risk despite knowing it.
Here’s his alt and knowing that it bans.

No where was that disclosed, and they are still trying to sell it all the time.

CW Section 3 - Selling Discontinued Scripts
Introvert repeatedly told people he does not care about the cracks and patches inside his Bloxburg Epic Thing script, and that it’s discontinued. However, you have to scroll pages up in his announcements just to find notice about the discontinuation. Nowhere was it mentioned on the buy channels or sellix page that the script is discontinued.

Again, this is information that’s not been disclosed in order to retain his sales.
Below is the last time he mentioned it’s discontinued. However, that’s buried deep in announcements.

His how-to-buy channel also mentions nothing about the discontinuation

CW Section 4 - Alpha X
Alpha X was a script me and @Alpha_1004 started up. Introvert joined in later when Alpha lost interest in making the script. However as time reveals, Introvert joined alpha x for the sole purpose of killing it (which he did with the server deletion)

A) He claims he deleted the server because I “host” a significant portion of the script so banning me for the controversies will not work. But the script has changed mutiple times without issues, so that’s just his second lame excuse after I exposed his first excuse for deleting the server.

At one point in time, Bloxburg decided to add a ratelimit to the placement remotes and broke the autobuild in Alpha X. I fixed it and made a release and Introvert came up to me saying “no one gave you permission to release code, take that down” in which I followed through. It turns out he used that as an advantage to advertise his own $7 script which had autobuild. (And at the exact same time, he’s trying to CW me for making people boost my server). So yes, there was no hosting cost issues, it was purely because Introvert wanted money for himself. (Neither me or Alpha got paid from him either despite him getting over $40 a day from his paid script, and the robux sales)

After the server deletion, he also forced the new owner Kisperal to remove all Alpha X features, including mine and alpha’s code just because he contributed portions to it before (shows his ego)

In addition: except for Adam, I don’t even know the people who he credited for in the cw. So his credits aren’t even trustworthy sources.

TlDR Introvert has a high ego, leaks internal chats as his own “evidence”, and does very scummy moves related to selling scripts.

thats not nuking a discord server x2 stop deleting it

Lol this funny I just like sitting back and seeing all the proof.

Adam do you have a skill issue:)

Nobody listened to me at all

Nobody listened to me at all

Hi qt peak how are you

I have no idea who you are, but first off, which friend did I leak and secondly he never created the autobuild in bloxburg, that was mine and alpha’s code. His code was primarily in the autofarm so he’s removing our code from our script for his own benefit

Hmm. He seems like someone called Introvert because he made a big statement defending himself or supposedly someone else.

when are we gonna get the fucking box match now like come on
why cant introvert and applebee have a boxing match like ksi and logan paul???

ur underage tho so fuck off

Introvert or Introvert’s Pet… Who else would defend him?